Get 20% off this month when you try our services! 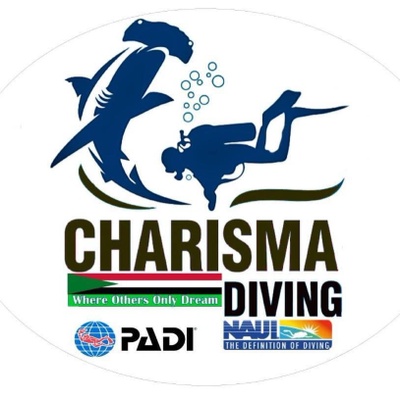 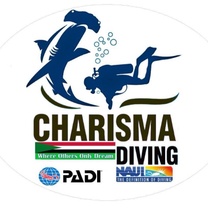 Diving is all year round. During June and August the sea is flat. August to October is best for manta rays. Between November and March the sea is cooler which hammerhead sharks prefer.

Experience Level:
Intermediate to Advanced. Some dive sites are deep and currents can be strong.

After diving:
Sightseeing around Port Sudan

Sudan diving has some wonderful diving attractions, the best in the red sea. Stunning coral reefs and walls, the world class Umbria wreck, big fish encounters with hammerhead sharks and manta rays and even the Jacques Cousteau Conshelf II underwater habitat. Reefs are in pristine condition and uncrowded and should remain that way as getting to Sudan is not easy and the countries political unrest deters all but the keenest divers.

Most of the dive sites are within 50 nautical miles of Port Sudan and is dives are by liveaboard from there or from neighboring Southern Egypt. Flights to Egypt are more frequent and give you more flexibility in case of cancellation.

North Sudan dive sites are quite varied but many are relatively deep and currents can be strong. It is recommended, in fact some liveaboard operators require it as a prerequisite, that divers are advanced certified with at least 50 dives.

Visibility in Sudanese waters is good all year round, ideal for underwater photographers. Water is warm for most of the year with a 3mm wetsuit sufficient for most divers. The water is cooler between November and March when a 5mm long wetsuit may be preferred. The cooler water is the best time to see scalloped hammerhead sharks when they tend to come up from the deeper water.

Red Sea Coral Reef as shark sightings fall in other world dive destinations, shark loving divers will be pleased at the number of sharks that they can see on a Sudanese red sea liveaboard. Apart from the chance to see hammerheads reef sharks such as grey reef and white tip reef are prolific.

Large pelagic species include giant trevally, barracuda and tuna that are attracted to the coral pinnacles that act as fish magnets. Divers can also expect to see huge parrotfish, turtles, and several species of moray eel, octopus and all the typical red sea reef fish. There are over 400 species of coral in Sudanese waters.

The relatively shallow depth means that divers can have decent bottom time and can get right around the wreck in one dive. But the Umbria deserves more time than that and many liveaboard itineraries include several dives here.

Blue Belt Wreck: Also known as the Toyota wreck is located 50 nautical miles north of Port Sudan at Sha’ab Suedi, a 7 mile long reef. The Blue Belt was a cargo ship that sank in December 1977. While sailing from Jeddah to Port Sudan she hit Sha’ab Suedi reef, an area that the captain should have known to avoid. Some say that the sinking was insurance fraud, some say that the crew were smuggling but no one knows for sure.

She now lies upside down in 70m of water although the shallowest part is just 10m from the surface. She was carrying a cargo of motor vehicles and spares and after she sank an attempt was made to raise her by removing the cargo. That is why most of the wrecks interest is on the outside scattered around the upturned hull. Divers can swim around cars, tractors and trucks that have become encrusted with corals and sponges and are now home to a myriad of fish life. Cars are still intact with lights and tyres and steering wheels. It is also possible to swim through the inside of the ships hull from a hole at 36m to an exit at the bow although there is less to see inside than outside. Tiger sharks have been seen here.

Precontinent II: Located at Shaab Rumi is the famous Jaques Cousteau habitation project that was constructed in 1963 and was the home to eight divers. The divers lived and worked in the 10m deep underwater village for one month gathering scientific data and shooting a movie called “Le Monde san soleil” (the World without sun). This is really a novelty dive with as marine life is far better in other areas but the coral encrusted metal remains is interesting. This is also a good dive site for night dives.

Sanganeb: This protected marine area is regarded as one of the red sea’s prettiest reefs with a proliferation of beautiful soft corals. A huge variety of reef fish cover the reef and large pelagic sightings are common. The reef rises from 800m deep and the cool current upwellings attract hammerhead sharks and other reef sharks. Barracuda and trevally can also be seen in blue water. On the reef it is also possible to see Napoleon wrasse. It is possible to climb to the top of the 50m lighthouse that marks the reef for excellent views.

Sha’ab Rumi: Another favourite Sudan dive, Sha’ab Rumi has spectacular coral and fish life. It seems like all the red sea fish are here and in large numbers. Particular favourites are Napolean wrasse, large bumphead parrotfish, schools of barracuda, grey reef sharks and white tip reef sharks. Divers will be torn between looking at the reef fish on the wall or focusing out into the blue water to look for pelagics. A shark cage litters the foot of the southern plateau, left over from Jacques Cousteau’s work here. Most divers will spend their time between 5m and 30m. The drop off descends down to 700m. Visibility is good. Currents can be strong. Most liveaboard trips will include more than one dive here and night dives are possible in the sheltered lagoon.

Sha’ab Chanawi: A pretty reef suitable for all levels of diver with minimal currents and good visibility. This is an average dive site by Sudan standards but that still makes it very good most other standards. All the usual red sea reef fish are here and the coral life is healthy. Maximum depth is 35m.

Mesharifa: Can be dived from August to November when weather allows. This is a meeting point for manta rays and it is possible to snorkel with dozens of them in the lagoon here.

Suakin Archipelago: Located south of Port Sudan, the Suakin archipelago is a series of islands with some incredible diving. There are no crowds of divers here, in fact much of the area is still to be explored by divers. This is frontier diving at it’s best. Getting to this area is weather dependent, the best time is June to October. Large sharks are common in this area.

Abington Reef: Located 80 nautical miles from Port Sudan and recognised from the surface by a small lighthouse. A wall dive with a reef plateau at 35m then dropping off steeply to great depth. Huge schools of fish carpet the walls including snapper and fusilier. Grouper, wrasse and lionfish are also present. Soft corals, hard agropora corals, encrusting sponges and anemones cover patches of reef. Shrimps fill coral crevices. Blue spotted stingrays can be found in sandy patches. Just about any pelagic visitors are possible here. Currents can be strong.

Angarosh Reef: The reef starts at 10m below the surface of this small sand island close to Abington reef and drops off to very deep. Soft, corals, hard corals and anemones are home to all the usual red sea reef fish plus several species of moral eel including the giant moray. Trevally hunt over the reef and big schools of barracuda can be seen in the blue water. At deeper depths reef sharks and bigger sharks such as scalloped hammerhead sharks and tiger sharks are seen. Manta rays also visit this area. Visibility is between 20m and 40m. Currents can be strong.

Merlo Reef: Located just a mile south west of Angarosh reef, this pretty coral reef is colourful with soft corals and encrusting sponges fighting for space with anemones and crinoids. Divers can expect to see moray eels, parrotfish, snapper and trevally on the reef plus barracuda in blue water. Turtles are often seen as are grey reef sharks in the deeper areas. Visibility averages 25m.

Fasima Suedi: Located at a gapin the Sha’ab Suedi reef, this dive site is popular for day and night dives. The maximum depth is just 17m and visibility averages 25m. Patches of hard coral like brain, table and star coral are seperated by sandy patches. Sea whips, sea stars and crinoids add colour as do the myriad of small reef fish such as damsel fish and anthias. The usual schools of snapper and fusilier are present as are parrot fish and lionfish. This is a good dive site to hunt for small critters such as crabs, shrimps and nudibranchs.

Qita el Banna: The reef here slopes down to 35m before dramatically droping away steeply to 500m. This is another dive site where large pelagics are attrached and manta rays are common. White tip reef sharks, grey reefs and hammerheads can also be seen here. Currents can be strong. Visibility is good

This is a content preview space you can use to get your audience interested in what you have to say so they can’t wait to learn and read more. Pull out the most interesting detail that appears on the page and write it here. An Italian cargo ship built in 1912 and sunk on 9 June 1940 (the day before Italy joined World War II) on her way to East Africa to supply the Italian army with supplies including 350,000 bombs. The reason for her sinking is not certain although most believe that she was scuttled by her captain when she was impounded by the British in Port Sudan. The Umbria wreck now sits on her port side in 35m of water on the Wingate reef, just outside of Port Sudan. The unexploded bombs are still on the wreck. The wreck is 150 meters long.
She is in a well preserved condition and is a truly world class wreck dive, worth the trip to Sudan alone. Visibility averages about 20m, encrusting coral has covered the steel structure and schools of fish like snapper and fusiliers are everywhere. It is possible to penetrate the wreck into certain areas like the engine room, the bakery and the holds. Apart from the rows of bombs and floor littered wine bottles in the holds divers can also see Fiat cars. The rudder and propellers at the stern make for good photo opportunities.